I recently reconnected with a friend I hadn’t seen in at least 25 years. We picked up right where we left off and have been able to share some new laughs and new tears. The tears are what I want to tell you about today. She is a very kindhearted person, always has been. She is a nurse so you know she has that caring spirit. I’ve seen her do a lot of good things for others just in the past week alone.

She invited me to go with her to see her Daddy today. We rode up through pretty countryside and along the way she spotted an older gentlemen who was struggling to walk using his walker and pulling his garbage can back from the street at the same time. It was at least 95 degrees at the and she quickly said she was going to turn around so we could help him. That is just the kind of person she is. The sweet man was very grateful and told us to have a blessed day.

I did have a blessed day.

I got to witness my friend with her Daddy and the love they share. He was still in bed when we arrived. He is in his 80’s and has been struggling lately. His eyes lit up when he hugged his girl! She introduced us and invited him to go to lunch. He said he didn’t feel like going anywhere. She checked how much cash money he had and the balances on his Subway and McDonald’s gift cards. She reminded him he needed to rest and stay hydrated. She offered to bring him food, whatever he wanted, again he declined. She asked if he needed anything at all but he said no.

She noticed his little dog scratching and told him we would give her a bath. He didn’t want to be any trouble but she insisted since his pup sleeps up in his bed. She told him we would go feed the dog at his shop in town. He said he would do it and she told him it was too hot and we would handle it.

We left to go grab lunch, promising to be back soon. After having some sandwiches at a local deli we returned to find him up and dressed in his work clothes, complete with suspenders. He makes quite a dashing and cute figure. He had gone ahead to his shop and taken care of the dog there. She fussed half heartedly at him about being out in the heat and then gave him the coconut cake and some sweets samples she had brought back for him.

We got his little dog before she could hide from her bath and then she proceeded to bathe her. Once she finished, she brought the pup back to her Daddy and placed her on the bed wrapped in a towel.

Her Daddy cried several times during the visit from sheer frustration at not being able to do what he has always done, which is take care of and help others. She tried to reassure him that all he needs to do is take care of himself and rest. He has done more than his share of taking care of everyone else over the years. I remembered that about him from years ago, always willing to help out anyone in need.

He told her at one point that she can’t keep him forever and she replied that none of us gets to be here forever but she was gonna keep him as long as she possibly could. For every protest he made, she had a positive and upbeat response for him. She hugged and kissed on him during the entire visit and had me snap some pictures of them together before we left.

She got him settled and loved on him again asking him to come to her house for a few days. He said he didn’t want to be away from home which is exactly what she said he would say. We told him goodbye but not before she promised him she would be back again on her first day off. She calls him daily. She brings him groceries, clothes, anything he says he needs and many things he won’t say he needs. She worries about him and loves him more than anything.

I got to see where my friend got her big old kind and loving heart. From her sweet Daddy. I feel blessed that she shared some of her time with him and that I got to see their love for one another. He is the kind of Daddy I wish I’d had.

Yes, I did have a very blessed day. 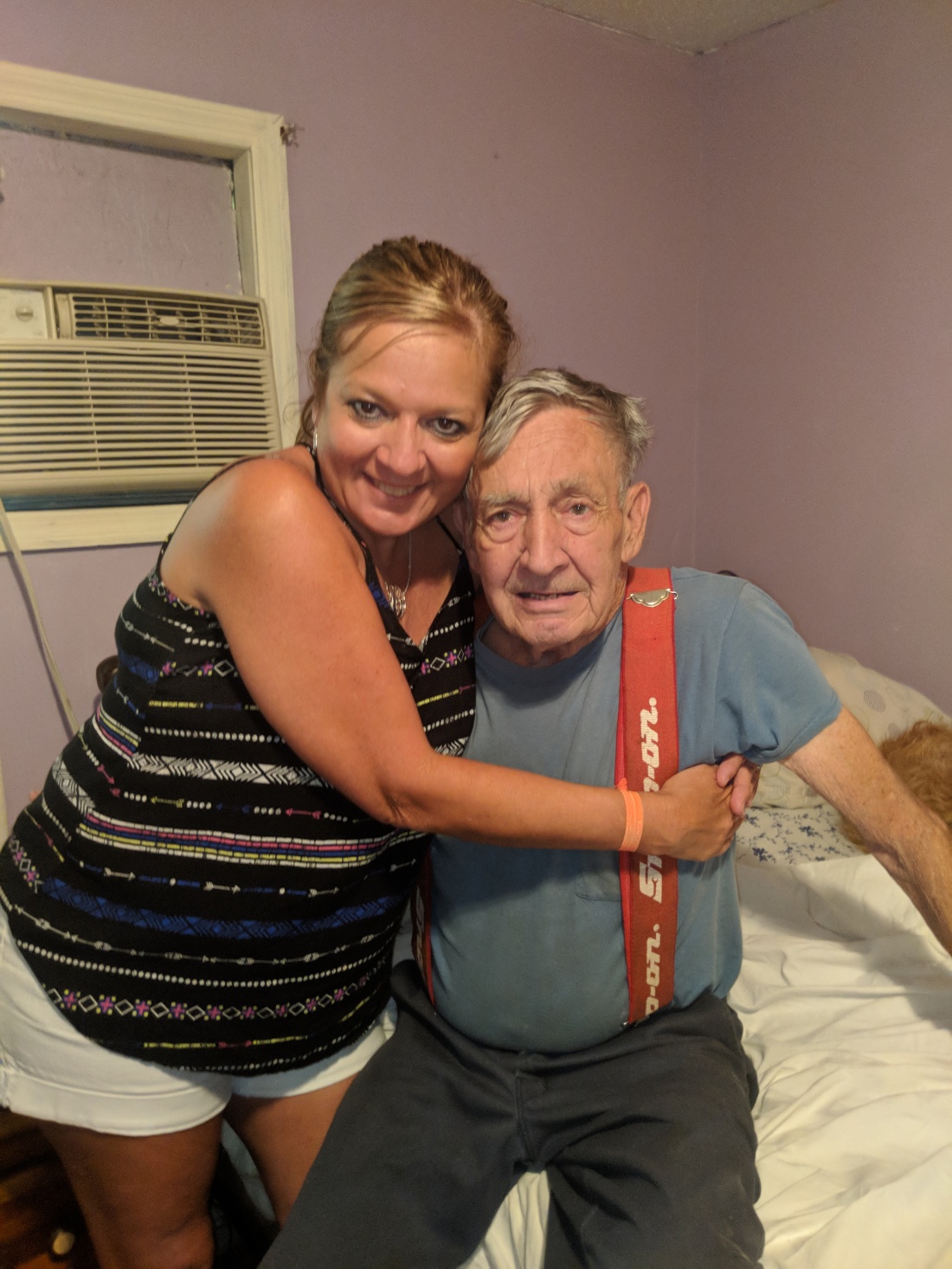 Ginger, dreamer, mermaid, Mom of two boys, six dogs and 11 fish. Gigi to one , friend to many. Trying to make sense of and share my late night insomnia thoughts, my sometimes crazy dreams and anything else I find interesting or helpful. View all posts by Angi Ryan